Spiritual Not Religious: Fact or Fiction? 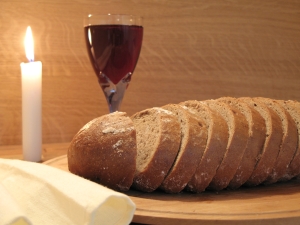 One of the most popular posts on this blog is titled, “Religionless Christianity: Finding God Outside the Institutional Church.”  Many of the hits on that particular post are the result of people searching the web using these kinds of search criteria; “Leaving Christian religion finding God”, “Christianity outside the church,” and “finding God without a church.”  This tells me that many people out there are searching for something.

Over the past year, I have met an increasing number of individuals who are saying “yes” to God but “no” to the church.  Yesterday I got into an online discussion with my 33 year old cousin, Jack.  Since I am ten years older than Jack and went off to college when he was only eight, we were never really close.  However, through the magic of Facebook, Jack and I have gotten to know each other a bit more over the last year.  His facebook posts are often a bit nutty, on the edge of sanity, but lately shockingly profound.  Last night Jack blew me away with the following comments which he agreed that I could post on my blog.

“I am still quite uncertain on religion but I search for belief as fervently as I discredit it. I have a science mind and religious heart. The church as I have known it has projected an air of hypocrisy to a point where I think I snapped and became disenfranchised. I love Christian ideals but from what I’ve experienced, the churches seem to be all talk. I guess I’m just kind of stuck at Humanist.

A big part of my questioning demeanor lies with the fact that my birthplace played the biggest role in my spiritual upbringing. If I had been born in Jedda I could be Muslim and so forth. Should I believe that Christianity is the one and only worthy religion? Why should geography dictate my religious choice? I don’t want to believe my friends of eastern faiths are unworthy of heaven.

To be honest, I’m quite sold on God’s existence, it’s the prophet I’m not sure of (sorry for the blasphemy). I do however find that traditional Catholicism has an appeal that I can’t fully explain. What I can explain is somewhat superficial. I am a fan of a good ole gothic designed stone building with traditional hymns, ritualism, symbolism and the like. It says to me, this is a place I want to find my spirituality. It symbolizes “The Rock”, sturdiness and exudes a sense of safety and stability. I find comfort in the ritual and symbolism this particular style of church offers.

I can’t take a “Six Flags Over Jesus” seriously. Frankly I think that sort of display trivializes Jesus. If I were to attend church it would be solely for worship so appearance and demeanor are key for me. Fellowship doesn’t require a rec room and if I want a basketball court I’ll go to one. I hear Rock bands all the time and listening to a mediocre (at best) one sing about a sacred figure doesn’t sit right with me, only in church do I get a pipe organ and a choir that exude spirituality. Plus I feel Catholicism has the oldest Christian roots and although I feel that nobody will be judged on their particular flavor of Dogma, I think I’d be more comfortable with the original.

I think we are subconsciously starved for a sense of identity. I can’t think of a single thing I do that I can say, this is the way it’s always been done… it’s important we keep this going, even if only to remember. Communion is the only thing that comes to mind.

I would love to share my opinion on your blog. I’m always in search of answers and this type of dialogue promotes self actualization and that’s the only way I truly learn.

As I reflected on Jack’s insights, I realized Jack does not have an issue with the trappings of religion.  Communion, worship, and ritual all seem to point Jack to a God that never changes and the promise of God’s unending presence in our lives.  The two issues for Jack seem to be the “hypocrisy” as revealed it it’s perceived “all talk no action” stance and the “exclusivity” of the faith.

Over the past decade churches across the country have tweaked their worship services and tried to make their talk more relevant to the lives of the people in the pews.  However, we continue to see an increasing number of people abandon the church.  I think the issue is that Jack and millions of others like him do not want to be a part of something that requires them to disown their doubt. It is not that they are not “religious” but that they will not be a hypocrite.

I think he and others are searching for something deeply authentic.  Something they can believe in with all their heart, mind and soul.  Something that captures their imagination and draws them into a mystery so deep that their scientific minds simply surrender.  Something lived not just spoken.  Something incarnational not doctrinal.  I suspect that my cousin Jack would see all that in the life, death and resurrection of Jesus Christ of Nazareth.

What makes me sad is that Jack and others who are open about their doubts don’t have a place to wrestle with religious questions.  They are often shut down or have bible passages hurled at them.  They are accused of needing more faith or other insulting comments that cause them to retreat back into their own private spiritual world. They don’t feel loved, only judged.

My purpose in sharing Jack’s insights is not to try to convince him to change his mind about the church.  Instead I am hoping it might help those representing the church change their minds about the Jack’s of the world.  They are not people ignorant of the faith who selfishly follow the ways of sin.  They are simply people who have wrestled with what they have been taught and choose to disagree.  They are just as spiritual as the most die-hard church goer.  I think many would love to be a part of a gathering in which their views were respected.  As Jack says many are “starved for a sense of identity.”  My prayer is that Jack and others find their identity within the Christian faith but for that to happen something has to change.

What do you think of Jack’s insights? Can you relate to his honest questioning?

Would people who share Jacks doubts feel welcome in your church?  Would Jack see “talk” or “action” if he were to look at your church?

How can we help people like Jack find that sense of identity they are searching for?

Please avoid the temptation to “preach” at Jack through your comments.  He is well aware of all the bible passages that you can pull out to prove your point that “Jesus is the only way.”  Instead, try to connect to the core of Jack’s questioning and try to really hear his heart.

8 responses to “Spiritual Not Religious: Fact or Fiction?”